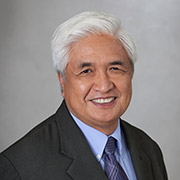 HERNDON, VA, FEBRUARY 4, 2015 ― Artel, LLC, today announced that Dr. Xuyen T. Vuong, Vice President and Chief Scientist, will be inducted into the Society of Satellite Professionals International (SSPI) Satellite Hall of Fame on March 17, 2015. Dr. Vuong will be honored as one of four industry luminaries at the SSPI Annual Gala Benefit Dinner in Washington, DC.

“Dr. Vuong’s long record of innovation in the industry and, most recently, at Artel represent the best of our industry and its spirit of continuous reinvention and innovation,” said SSPI executive director Robert Bell. “We are extremely proud to add Dr. Vuong to the ranks of the Hall of Fame, which includes Romain Bausch and U.R. Rao, Dean Olmstead and Giuliano Berretta, Pradman Kaul, Steven Dorfman, Rene Anselmo, Dr. Harold Rosen and Sir Arthur C. Clarke.”

A Distinguished Career
Dr. Vuong came to the United States from Vietnam on a USAID scholarship in the turbulent 1960s to study electrical engineering at California State University. It would turn out to be one of the better investments made by the US Government. After graduate studies, he entered the satellite industry and began work on a series of leading-edge projects for Government and private-sector customers, from Canada’s Earth exploration Radarsat, NASA’s commercial initiatives for LEO mission support, Hughes’ Ka-band Spaceway, and Motorola’s Ka-band Teledesic. In a 36-year career, he has made many fundamental contributions to the technology of the satellite industry. The Vuong-Vuong Techniques used to calculate satellite link availability during rainfall are at the core of virtually all software that develops link budgets. The same is true of software for predicting sun transit outages, which make use of the Vuong-Forsey Technique. The IM Microscope (Dr. Vuong co-developed with Dr. Arnstein) is a convenient and effective technique to analyze and synthesize nonlinearities such as satellite high power amplifiers and anti-jamming devices. He developed and contributed to the two RF power-sharing satellite payload technologies called the Matrix Amplifier and Routing System (MARS) and Active Transmit Phased Array (ATPA). The MARS was first implemented at L-Band AMSC/TMI’s MSAT and Inmarsat-3, and will be implemented at Ku-band on board a Eutelsat satellite scheduled for launch in 2016. But Dr. Vuong has always been as ready to help close a deal as to build leading-edge technology. The BD and service team knows that, wherever Dr. Vuong happens to be in the world, he is just a phone call away when it is time to solve a customer problem. Citing his contribution to command and control communications, a U.S. Defense Department customer calls him an “unsung hero” in detecting and solving unforeseen complex problems in support of the warfighter. In the fourteen years he has worked at Artel, the company has grown from a small business to a large business with substantial growth, and from managing no satellite capacity to nearly 6 GHz on 60 GEO satellites, making Artel the largest bandwidth provider to the Department of Defense and Department of Homeland Security. Artel’s President and CEO has just one word to describe this brilliant scientist’s contribution to the creation of a major player in the industry: “instrumental.”

The SSPI Hall of Fame
The SSPI Satellite Hall of Fame was introduced in 1987 to recognize the enormous contributions of the visionaries and pioneers who have made possible the age of satellite communications – individuals who have devoted their careers to the advancement of technology and to helping build the political and commercial foundations of the industry. Hall of Fame members are selected by a committee of industry leaders, chaired by Richard Wolf, Executive Vice President, The Switch and past Chairman of SSPI. Committee members include Dianne VanBeber of Intelsat, David Cavossa of Harris Caprock, Tim Jackson of Ateme, Thomas Van Den Driessche of Newtec and Dr. Denis Curtin.

About SSPI
The Society of Satellite Professionals International is a professional development society. SSPI promotes the growth of the industry by educating the public and end-users about the indispensable contributions of satellites to business, Government and human welfare, and by connecting satellite professionals worldwide through education, knowledge-sharing and fostering professional relationships. For more information, visit www.sspi.org.